Weft knitted stitch described so far have been composed entirely of knitted loops ,a knitted loo stitch is produced when a needle receives a new loop and knocks-over the old loop that it held from the previous knitting cycle. The old loop then becomes a needle loop of normal configuration.


Other types of stitch may be produced on each of the four-needle arrangement base structures by varying the timing of the intermeshing sequence of the old and new loops. These stitches may be deliberately selected as part of the design of the weft knitted structures or they may be produced accidentally by a malfunction of the knitting action so that they occur as fabric faults. When these stitches are deliberately selected , a preponderance of knitted loop stitches is necessary within the structure in order to maintain its requisite physical properties
。


The needles generally produce knitted loop stitches prior to the commencement, and at the termination, of these selected stitch, and there are usually certain needles that are knitting normally during the same cycles as those in which these stitch are produced .


Apart from the knitted loop stitch ,the two most commonly-produced stitches are the float stitch and the tuck stitch. Each is produces with a held loop and shows its own particular loop most clearly on the reverse side of the stitch because the limbs of the held loop cover it fron view on the face side. 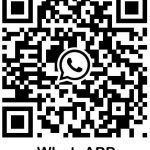